Posted by Kalki Subramaniam at 10:12 PM No comments: 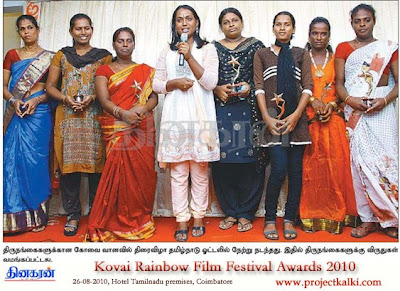 Dinakaran Newspaper published a photo news about the event. 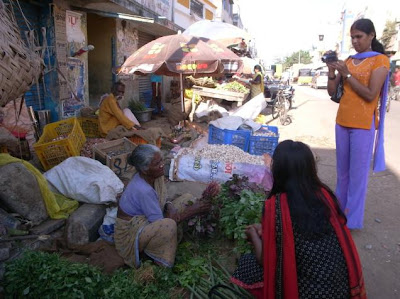 THE HINDU published an excellent article on the event.
Please see: http://www.thehindu.com/life-and-style/metroplus/article609188.ece 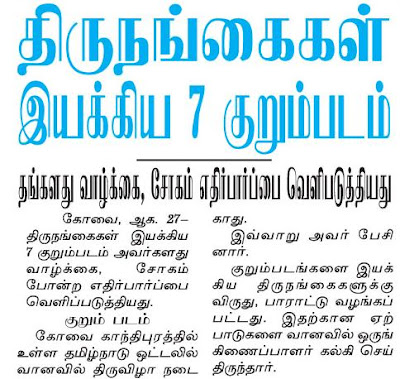 The Rainbow film festival was the first of its kind in Coimbatore.  Under privileged transgender women who have been trained under the innovative community journalism project called ‘Project Kalki’ showcased their short documentary films in this festival. A total of seven transgender women documentary film makers’ films were screened in the festival.All these women were trained by transgender rights activist Kalki Subramaniam.

All the transgender women whose documentary films were screened were honoured with ‘Project Kalki awards’. This was the first time in the world that seven underprivileged transgender women could showcase their film making skills together in one film festival.

The audience were the LGBT community people, their families, writers, philanthropists, documentary film makers, college students, businessmen and professionals and media persons. More than 200 people participated in the Kovai Rainbow Film Festival.   Ther film makers were introduced to the audience byMs.Kalki Subramaniam who trained them. The film makers shared their experience with the audience and answered their questions.

More information about the documentary films and the film makers can be seen at the PROJECT KALKI website http://projectkalki.blogspot.com 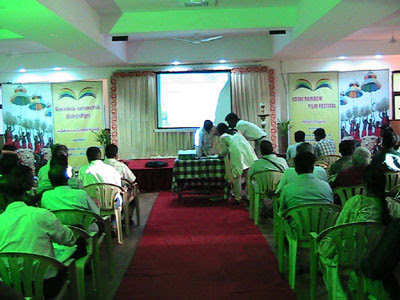 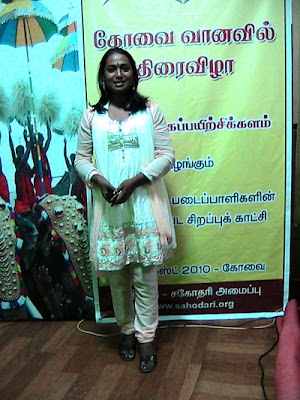 Kalki poses a smile in front of a banner 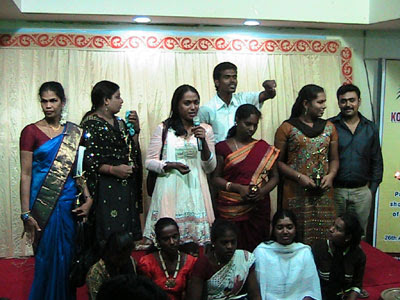 Introducing the documentary film makers after the screening 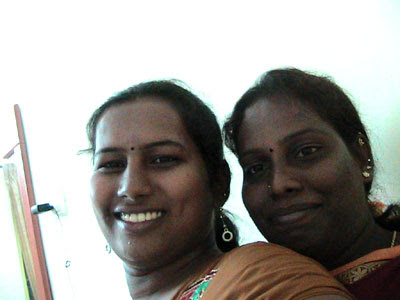 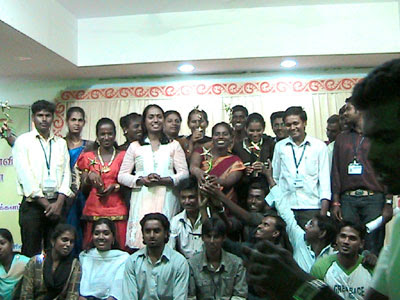 One big picture - The festival team with college students
Posted by Kalki Subramaniam at 9:37 PM No comments: 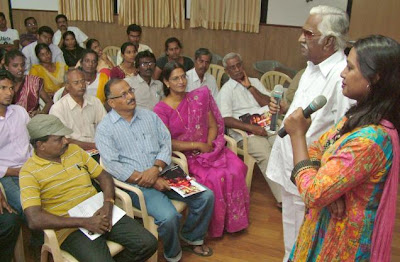 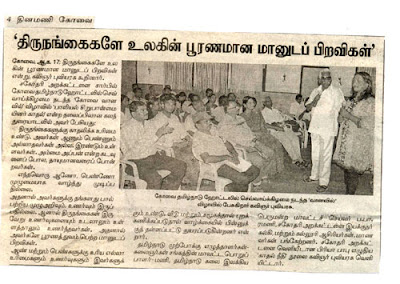 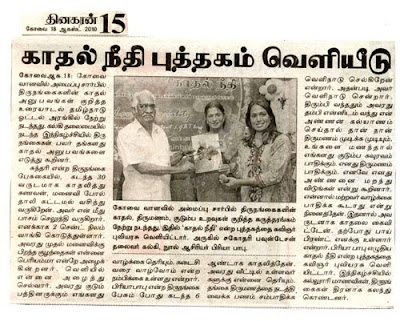 Continuing the celebrations of the Kovai Rainbow Festival, an open discussion seminar on love and equality for the  LGBT community was organized on August 17th 2010 at Hotel Tamilnadu premises, Gandhipuram, Coimbatore. Named 'Love & Equality - Lets talk about LGBT Love', the event was inaugurated by well known poet and philanthropist Puviyarasu.

The event was hosted by Ms.Kalki Subramaniam. Not only the LGBT people but also students, human rights activists, writers and LGBT supporters from different walks of life participated in the event. The event was a great awareness campaign on true love and commitment which exists in the LGBT community. 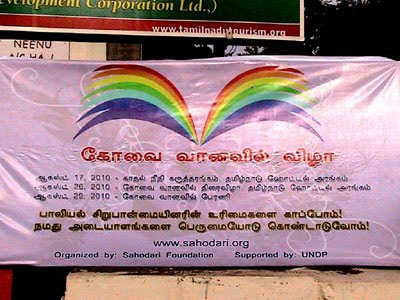 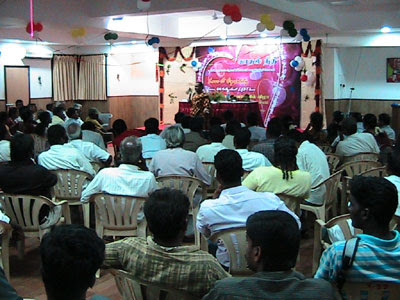 The audience inside the venue 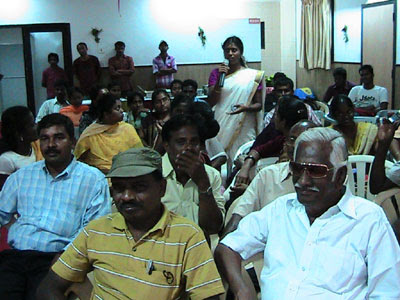 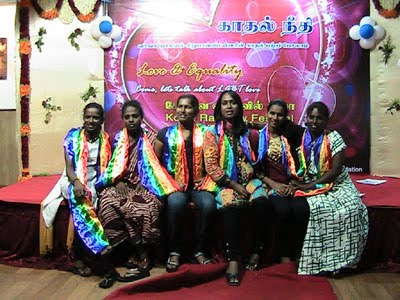 The Sahodari girls with Rainbow flag Sundari, a transgender woman shares her happy love life
Posted by Kalki Subramaniam at 10:07 AM No comments:

The following are the events planned for the Kovai Rainbow Festival. Mark your calender folks!

Posted by Kalki Subramaniam at 5:55 AM No comments: 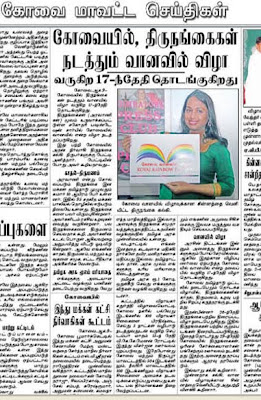 Posted by Kalki Subramaniam at 5:40 AM No comments: